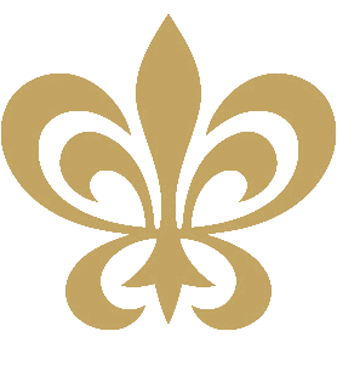 For half an eternity

Regensberg and the Krone – steeped in legend

The first time you arrive in Regensberg, you will instantly realise that you want to come back again as soon as you possibly can.

Surrounded by vineyards, Regensberg is still as lovely as centuries ago. On clear, moonlit nights you will often hear lonely footsteps on the early-mediaeval cobblestones and wonder how the almost 57-metre-deep well was ever dug. This emergency water supply was intended to ensure survival in the event of a siege. Due to the Jura limestone, 57 metres had to be dug into the rock before the diggers encountered a stratum of impermeable stone that is approximately 155 million years old. The charming decagonal construction at ground level, which can be seen from several rooms at the Krone, dates from 1743.

The little town was established in 1244 by Baron Lüthold V of Regensberg, who ruled a large part of what is now the Canton of Zurich at that time. In the foothills of the Jura, 200 metres above the lowlands, the little town was considered a natural fortress and had the advantage of being located near the trading route. Moreover, there was enough limestone to construct a town. Lüthold built himself a castle with a moat, a drawbridge and an entrance that was almost five metres above the ground. The distinctive “Bergfrid”, a 21-metre-high, round tower with walls that are an average of three metres thick, was constructed at the same time as the castle. The tower was habitable, with a kitchen and hot-air heating.

When the Feud of Regensberg broke out in 1267, the Habsburgs, supported by troops from Zurich, declared war on the town. Subsequently, in 1302, Lüthold VIII, the founder’s great-grandson, sold Regensberg to the Habsburgs. Finally, in 1409, the Habsburg Duke Frederick “of the Empty Pockets” mortgaged the town to the City of Zurich.

In 1540, a great fire destroyed the “Oberburg” – the upper part of the town, and only the castle and the “Bergfrid” were spared, thanks to a deep moat. In just one year, however, the Oberburg was rebuilt.

The Krone was already entitled to run a tavern before the great fire of 9 September 1540, which broke out at the “Journeymen’s House,” where the flames spread at a rapid pace. As there was too little water available, the bailiff attempted to douse the fire with wine. From the Middle Ages to the present day, there has been a succession of landlords, and many guests have enjoyed their hospitality. The district court and a prison were housed in the building until 1870. History reports that, in those days, the innkeeper would frequently pass the time by fetching prisoners from their cells in order to play cards or drink a glass of wine with them. In 1955, Willi Günthart of Regensberg acquired the Krone from the Zwinggi family, who were already considering expansion plans at that time.

Until the 1970s, only the section above the gatehouse had been developed to accommodate guests. The rest of the building was renovated in 1972. The Krone was finally closed as a guesthouse in 1997. After the disastrous fire of 12 September 2011 – almost exactly 471 years to the day after the fire of the Middle Ages – the Krone reopened its doors on 3 June 2015. After more than four years of building and renovation, this uniquely beautiful edifice has now been restored to its former glory.

With much dedication and passion, the Schäfer family has succeeded in reviving the building as the Boutique Hotel Restaurant Krone.

Since October 2017 we are member of Relais Châteaux.

This website uses cookies to improve your experience while you navigate through the website. Out of these, the cookies that are categorized as necessary are stored on your browser as they are essential for the working of basic functionalities of the website. We also use third-party cookies that help us analyze and understand how you use this website. These cookies will be stored in your browser only with your consent. You also have the option to opt-out of these cookies. But opting out of some of these cookies may affect your browsing experience.
Necessary immer aktiv

Any cookies that may not be particularly necessary for the website to function and is used specifically to collect user personal data via analytics, ads, other embedded contents are termed as non-necessary cookies. It is mandatory to procure user consent prior to running these cookies on your website.